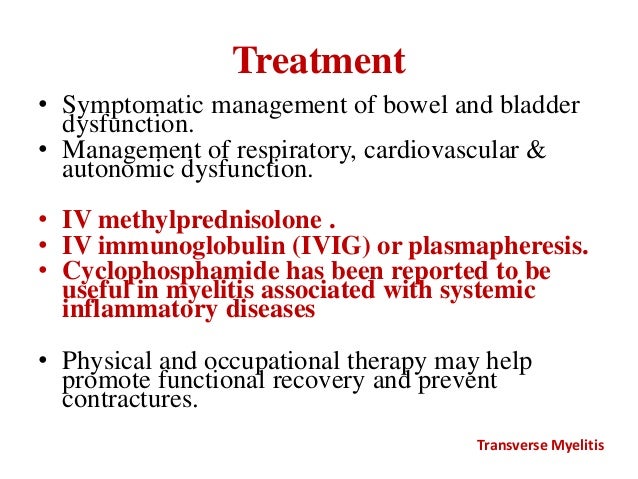 To thoroughly describe the clinical, laboratory, and electrodiagnostic features of this paralysis syndrome, we evaluated acute flaccid paralysis that developed in seven patients in the setting of acute WNV infection, consecutively identified in four hospitals in St.

All patients had acute onset of asymmetric weakness fkaccid areflexia but no sensory abnormalities.

Clinical and electrodiagnostic data suggested the involvement of spinal anterior horn cells, resulting in a poliomyelitis-like syndrome. In areas in which transmission is occurring, WNV infection should be considered in patients with acute flaccid paralysis.

Recognition that such weakness may be of spinal origin may prevent inappropriate treatment and diagnostic testing. Most human infections with West Nile virus WNVa flavivirus within the Japanese encephalitis virus antigenic complex, are clinically inapparent 12.

Mild febrile illness develops in approximately 1 in 5 infected persons; more severe neurologic disease, mostly meningitis or encephalitis, occurs in and 1 in 1 — 4. However, these reports describe clinical and laboratory features that seem inconsistent with such diagnoses, and the exact cause of acute flaccid paralysis has not been thoroughly assessed with rigorous electrophysiologic, laboratory, and neuroimaging data.

Brief descriptions of six patients have suggested that this flaccid paralysis is due to anterior horn cell involvement with a resultant poliomyelitis-like syndrome 7 — 9. Because understanding the clinical characteristics and underlying etiology of WNV-induced acute flaccid paralysis is critical for fkaccid decisions as well as prognosis, we describe the detailed clinical, laboratory, and electrophysiologic findings from these six patients and from one additional patient.

For each patient, a standardized questionnaire, including demographics, medical history, initial signs and symptoms, risk factors, and treatment, was completed; a standardized neurologic examination was performed by a single neurologist JJS. Cerebrospinal fluid CSF and acute- or convalescent-phase serum specimens or both from each paralsis were tested for antibody to WNV by immunoglobulin Ig M antibody-capture enzyme immunoassay 10 or plaque reduction neutralization assay The initial specimen for one patient patient 5, Table 1 was tested with a slightly modified IgM antibody assay at a commercial laboratory Louis encephalitis virus indicated WNV infection A plaque reduction neutralization test result of at least 10 was considered positive.

All seven patients had serologic evidence of WNV infection Table 1. On the basis of serologic data, three paralysia the patients were classified as confirmed case-patients patients 4, 6, and 7 and four as probable case-patients patients 1—3, 5according to the national case definition On July 1,a previously healthy, year-old, male Mississippi resident was hospitalized with a 1-week history of flacid, chills, night sweats, myalgias, and acute acuhe.

On day 30, the patient was transferred for rehabilitation with flaccid, areflexic paralysis in the right leg and variable weakness and diminished reflexes in all other limbs. Neck flexors were normal in strength, and sensation was preserved in all limbs; loss of bladder function was evident. MRI of the cervical spine showed normal results.

Upon transfer to a rehabilitation center on day 30, the patient had asymmetric weakness tlaccid the legs and right arm and moderate weakness in neck flexors and facial muscles. Hypotonia and areflexia were noted in all limbs. Sensation was slightly diminished to vibration and proprioception in toes bilaterally but preserved to light fflaccid, pinprick, and temperature. Sensory testing was normal in the upper limbs. Urinary incontinence was noted.

The next day, asymmetric weakness developed in the lower extremities, with no pain or numbness.

Upper extremities were normal. No bowel or bladder dysfunction was present. The patient was hospitalized on July 29, and neurologic examination showed a flaccid, areflexic right lower extremity and a weak left lower extremity with diminished reflexes.

Results of strength and reflex testing of the upper extremities were normal. Sensory examination results were normal except for a mild decrease in sensitivity to pinprick, temperature, touch, and vibration in a stocking-and-glove distribution i.

A coarse bilateral upper extremity action tremor was noted. The patient had no headache, neck stiffness, or alteration of mental status Table 2.

Admission laboratory values showed flafcid and CSF pleocytosis Table 3. Results of other diagnostic tests were unremarkable. Postviral demyelination syndrome and viral-induced polyradicultis were considered, and IVIGdexamethasone, and antibacterial and antiviral medications were administered without patient improvement.

On day 15, the patient was discharged to a skilled nursing facility for rehabilitation. MRI of the cervical, thoracic, and lumbosacral spine obtained during rehabilitation was fladcid for showing mild cervical and lumbosacral spinal stenosis and foraminal restrictions from C3 through C7 and homogeneous enhancement of the nerve roots of the cauda equina consistent with meningitis.

Electrodiagnostic findings suggested a severe, asymmetric process affecting anterior rlaccid cells or motor axons. Diffuse axonal polyneuropathy was not evident, despite a slight sensory loss in the distal extremities. On August 2,fever, headache, and neck stiffness developed in a year-old female Louisiana resident with a history of diabetes and degenerative disc disease; the next day acute weakness occurred in the right arm without pain, numbness, or paresthesias.

Her legs and left arm exhibited normal paralysi, reflexes, and coordination, with normal sensation in all limbs. A coarse tremor was noted in the chin, left arm, and legs Table 2. 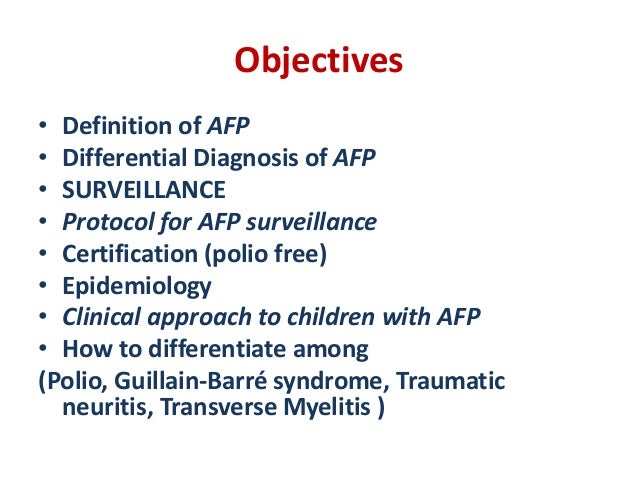 Electrodiagnostic studies showed absent CMAPs and profound denervation with no voluntary activation in muscles of the right arm. Scattered denervation was also seen in the other three limbs. SNAPs had borderline amplitudes and conduction velocities bilaterally. The results were most consistent with a severe, asymmetric process affecting anterior horn cells or motor axons. The patient was subsequently transferred back to intensive care because dlaccid respiratory function was deteriorating, but she was not intubated.

On August 11,severe nausea, vomiting, headache, and diarrhea in the absence of fever developed in a year-old male Mississippi resident with a history of alcohol abuse; the next day, progressive right arm weakness developed. He was hospitalized on August Neurologic examination on admission showed flaccid paralysis of the right arm and mild weakness of the right leg, with normal sensation in all limbs Table 2.

Laboratory values are shown in Table 3 ; a lumbar puncture was not performed. Acute stroke was diagnosed, and the patient was treated with heparin. Mental status changes, dysarthria, and dysphagia subsequently developed but resolved. Upon transfer to a rehabilitation center on day 12, the patient had paralysis and areflexia limited to the right arm, with normal sensation and diffuse tremor in all limbs. Electrodiagnostic studies showed markedly reduced motor responses in the right arm with normal sensory responses, consistent with a severe asymmetric process affecting anterior horn cells.

He reported no nuchal rigidity or mental status changes, although family members described him as intermittently flqccid. Neurologic examination showed a plegic and areflexic right leg and mild left leg weakness; sensation was intact throughout. A bilateral tremor of the upper extremities and jaw was noted Table 2. Laboratory abnormalities included a CSF pleocytosis Table 3.

Results flxccid an enhanced MRI of the spine suggested meningitis involving the conus medullaris and cauda equina. Electrodiagnostic studies performed on day 4 demonstrated early denervation and absent activation in muscles of the right leg and reduced activation of muscles in the right arm. These findings were consistent with a severe, asymmetric process affecting anterior horn cells or motor axons. He was transferred to a rehabilitation facility on day 6 with no improvement of weakness.

On September 1,a previously healthy, year-old male Louisiana resident had onset of fever, headache, and nuchal rigidity followed the next day by dysphagia and bilateral arm and leg weakness that was worse on the left. He was hospitalized on September 6 for acute respiratory failure achte intubated. Neurologic examination showed normal cognition, asymmetric flaccid paralysis of the left arm and leg with absent reflexes, hyporeflexic weakness of the right arm and leg, and weakness of bulbar muscles Table 2.

Brain MRI showed increased T2 signal in the periaqueductal gray matter, substantia nigra, and trigeminal motor nuclei. On day 25, he was transferred to a long-term care facility with no improvement of limb weakness.